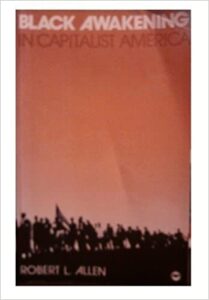 How obtainable is the goal of black equality in America? In addressing this question, Robert Allen first analyzes the history of the social and political contexts of Black Power up to 1969, and then concludes with an interim plan for action until economic, social, and political conditions become conducive for positive revolutionary action. Allen sees the consistent disenfranchisement of black Americans not only socially via racism, but also with regard racism existing as an inherent part of the American political economy. As such, racism will never be alleviated, real equality for blackfolk will never be achieved, until capitalism as an economic system is dismantled.