LeBron James vs. the NBA: The Case for the NBA’s Greatest Player

Showcasing one of professional basketball’s best players, this book spotlights the life and career of hardcourt superstar LeBron James. More than just a biography, it relates James’ story while also establishing his prominent place in NBA history. By examining his skills and statistics in a variety of categories and comparing him to other NBA legends—including Magic Johnson, Bill Russell, Kareem Abdul-Jabbar, Michael Jordan, and more—the guide makes a strong case for James as basketball’s greatest. Along the way, his best and most memorable moments are revisited, from his days as a high school stand-out in Akron, to his first stint with the Cavaliers, to “The Decision” to join the Miami Heat, and the show-stopping performance in the 2016 Finals to bring an NBA title back to Cleveland. LeBron James vs. The NBA is certain to stir up lively debate and is a must-have for Cavs fans and basketball buffs alike.

LeBron James vs. the NBA: The Case for the NBA’s Greatest Player 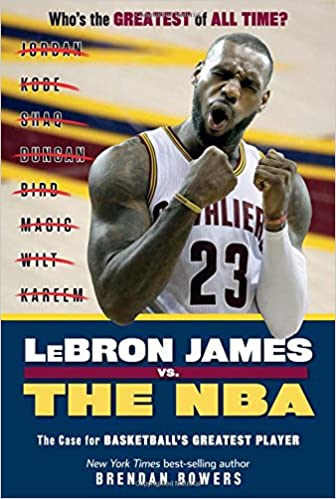