Muhammad Ali was a champion, a poet, a prophet. Sports Illustrated called him “the greatest athlete of the twentieth century.” And yet he was even more than all of that, “a whole greater than the sum of its parts . . . bigger, brighter, more original and influential than just about anyone of his era” (Barack Obama). He got there with his fists, with his actions, and above all, with his words.
Compiled and written by his daughter Hana Ali, with sportswriter Danny Peary, Ali on Ali brings together a remarkable mix of Ali’s 70 most humorous, poignant, inspirational, political, and philosophical quotes, all with their origins. Here’s Ali’s enduring boast, “I am the greatest!”—and how it was inspired by professional wrestler Gorgeous George. The story behind one of the most memorably poetic lines of the century—“Float like a butterfly, sting like a bee.” The heard-round-the-world defiance of “I ain’t got no quarrel with them Viet Cong,” and its moving context. And the stories behind quotes ranging from outrage—“We been in jail for 400 years,” to inspiration—“I hated every minute of training, but I said ‘Don’t quit. Suffer now and live the rest of your life as a champion,’” to that infectious combination of humor and bravado—“If you even dream of beating me you better wake up and apologize.” 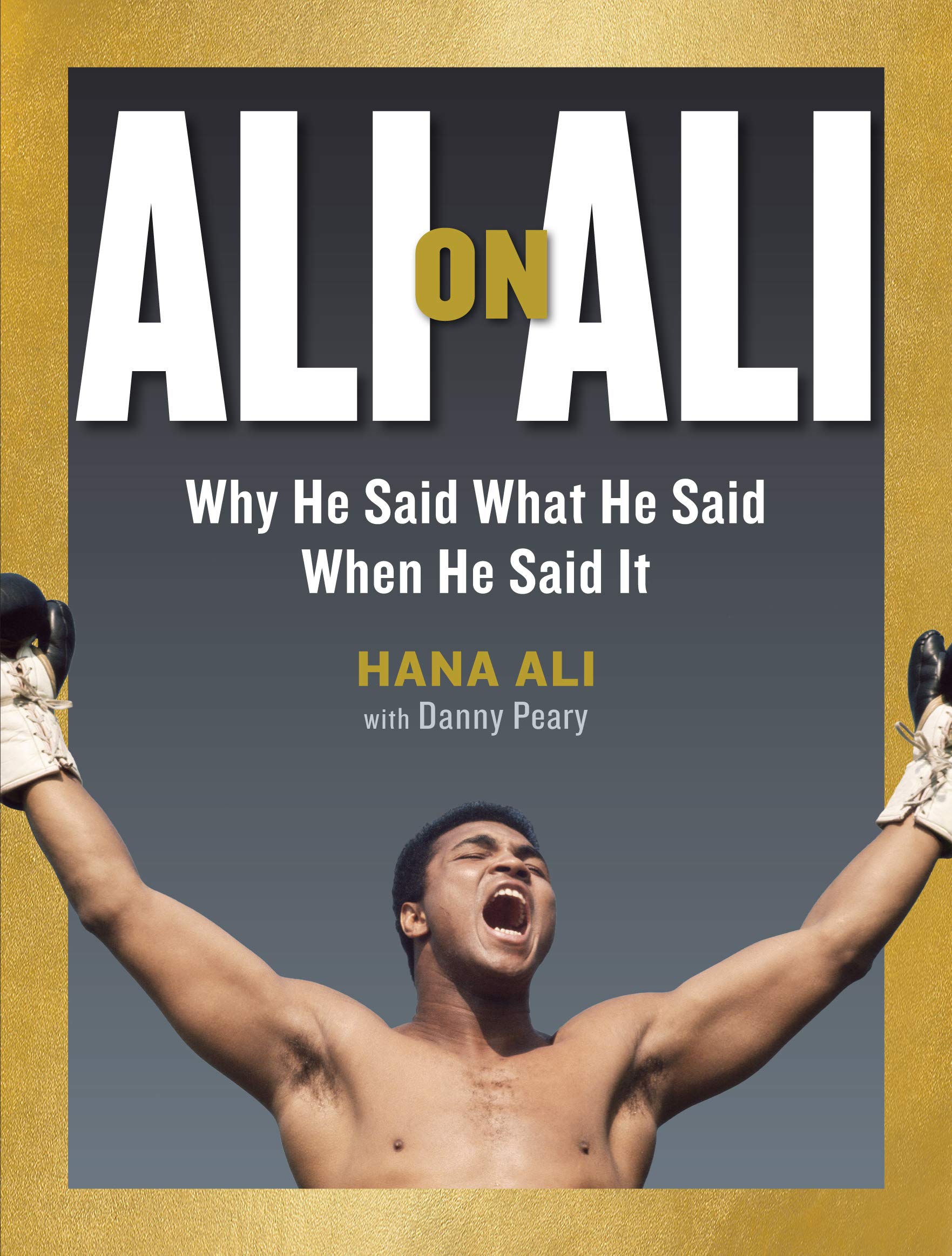