Sit Down and Shut Up: How Discipline Can Set Students Free

On his very first day of school as a substitute teacher, Cinque Henderson was cursed at and openly threatened by one of his students. Not wanting trouble or any broken bones, Henderson called the hall monitor, who escorted the student to the office. But five minutes later the office sent him back with a note that read, “Ok to return to class.” That was it: no suspension, no detention, no phone call home, nothing.

Sit Down and Shut Up: How Discipline Can Set Students Free is a passionate and personal analysis of Henderson’s year as substitute teacher in some of America’s toughest schools. Students disrespected, yelled at, and threatened teachers, abetted by a school system and political culture that turned a willfully blind eye to the economic and social decline that created the problem.

Henderson concludes that the failures of our worst schools are the result of a population in crisis: classrooms are microcosms of all our nation’s most vexing issues of race and class. The legacy and stain of race―the price of generational trauma, the cost of fatherlessness, the failures of capitalism, the false promise of meritocracy―played itself out in every single interaction Henderson had with an aggressive student, an unengaged parent, or a failed administrator. 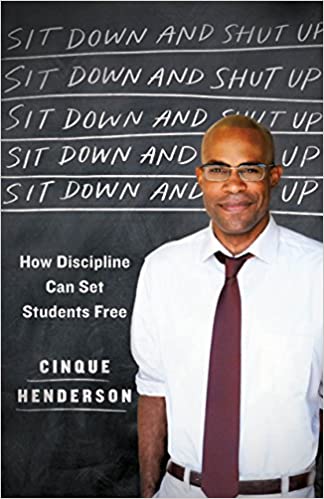